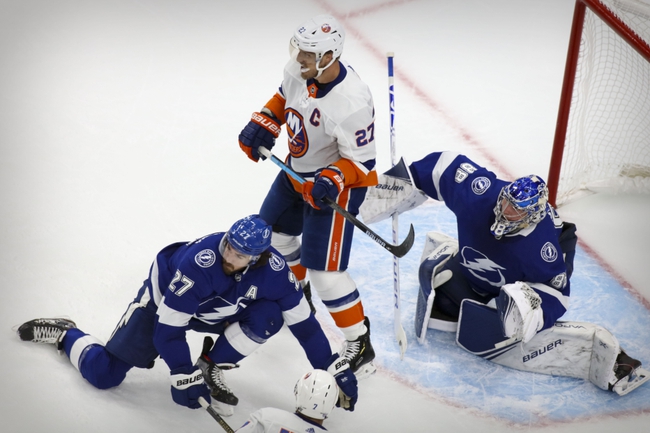 This is a play on the NEW YORK ISLANDERS for our NHL Friday Power Play. The Islanders lost a brutal Game Two with just 8.8 seconds left and now it is time to step up and get back in this series. The Islanders had plenty of chances to win the game, but their power play went 0-for-4, including failing on a five-minute major and a 38-second, five-on-three in the third period. On the other side, after having surrendered three power play goals in Game One, they killed all three power plays the Lightning had in Game Two. Tampa Bay will be short-handed on Friday as forward Alex Killorn was suspended f for boarding and the Lightning, who have been dressing only 11 forwards and seven defensemen, could be down a big one as leading scorer Brayden Point was injured during the second period and did not return. The Islanders are 25-8 against the money line in their last 33 games after scoring 2 goals or less in 2 straight games. 10* (42) New York Islanders