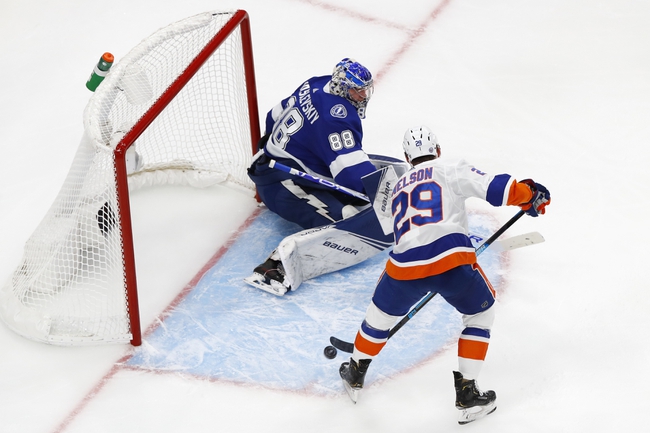 This is a play on the NEW YORK ISLANDERS for our NHL Wednesday Power Play. The Islanders look to bounce back from an 8-2 beatdown they took on Monday and we feel they will do just that while using that for motivation. Even though New York won two of the three regular-season meetings between the clubs, they saw a Lightning team that has lately been on a new level, using its up-tempo play and skill to dominate games. With the exception of Monday, the Islanders defense has been exceptional as they had allowed three goals or less in nine of the previous 12 playoff games. While they did allow eight goals, according to ESPN, the analytics said the game was closer than that at 5-on-5, and they do indicate the Islanders actually had the advantage in possession and scoring attempts in the first and third period. Here, we play on teams against the money line after allowing 6 goals or more against opponent after a blowout win by 4 goals or more. This situation is 55-27 (67.1 percent) over the last 5 seasons. 10* (37) New York Islanders