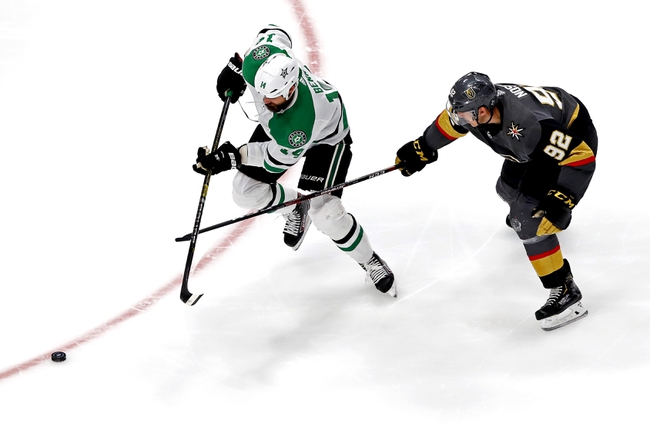 This is a play on the VEGAS GOLDEN KNIGHTS for our NHL Tuesday Power Play. Vegas is coming off a 1-0 loss in Game One of this series on Sunday, but we expect them to bounce back tonight and even it up. They were not very physical and looked pretty lethargic, but they do get a boost for this one, as Ryan Reaves returns after a one-game suspension for a high hit in the Vancouver series. The goalie situation for Vegas is extraordinarily strong as both Robin Lehner and Marc-Andre Fleury, who got the surprise start in Game One and turned away 24 shots, have proven they are capable. Here, we play on teams against the money line averaging 3.0 or more gpg on the season, after a low scoring game where both teams scored one goal or less. This situation is 49-23 (68.1 percent) over the last five seasons. 10* (36) Vegas Golden Knights