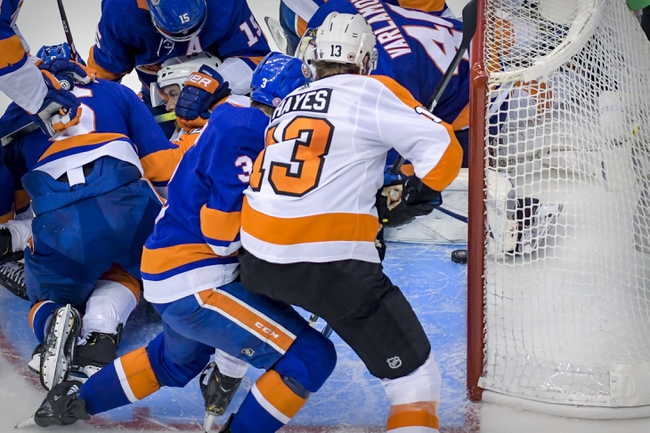 This is a play on the NEW YORK ISLANDERS for our NHL Saturday Power Play. Philadelphia once against staved off elimination with a second straight overtime win to even the series at three games apiece. There was a lot for the Islanders to like about how they played Thursday as they outshot the Flyers 53-31 and after trailing 2-0 battled back to take leads of 3-2 and 4-3. Certainly, history is not on the side of the Flyers as teams with a 3-1 lead are 285-29 (90.8 percent) winning a best-of-7 Stanley Cup Playoff series, including 7-0 in the first two rounds this season. Momentum may have shifted with the two wins, but the Islanders have the matchup edge and they have won their three games by a combined 10-3 while the Flyers have escaped with three overtime wins by a combined 13-10 score. Here, we play against teams against the money line against division opponents, after scoring four goals or more in a win over a division rival. This situation is 57-33 (63.3 percent) over the last five seasons. 10* (5) New York Islanders