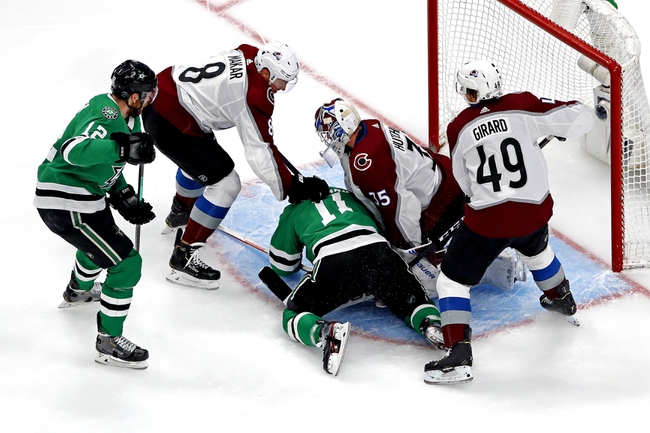 This is a play on the DALLAS STARS for our NHL Friday Breakaway. Colorado kept the series alive with a win on Wednesday after falling behind 3-1 in the series. The Avalanche went into the series as favorites, but the pressure appears to be on the Stars, having failed twice to close out a series in big part because the top line of Jamie Benn, Alexander Radulov and Tyler Seguin have managed just one point in the past two defeats. Colorado goaltender Michael Hutchinson stopped 27-of-28 shots to become the seventh goaltender in NHL history to earn his first two career postseason wins in elimination games. The Stars have killed off 89.3 percent of their penalties in this series, the second-best kill rate in Round Two behind only the Islanders. Here, we play against teams against the money line after scoring 4 goals or more in a win over a division rival going up against an opponent off a loss by 2 goals or more to a division rival. This situation is 25-10 (71.4 percent) over the last five seasons. 10* (3) Dallas Stars