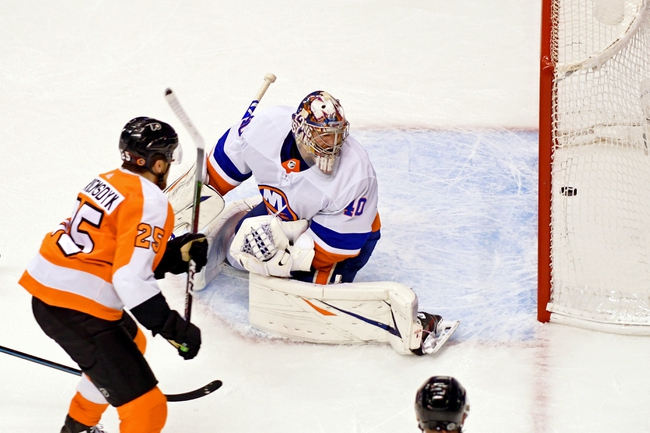 This is a play on the PHILADELPHIA FLYERS for our NHL Thursday Power Play. The Flyers staved off elimination with a Game Five overtime win and now trail the Islanders 3-2 in the best-of-seven series so it is still must win time. It was obviously a big win for Philadelphia but more importantly they have some momentum from two of their stars. The Flyers saw a big positive from forwards in Claude Giroux and James van Riemsdyk as they both netted their first goals of the playoffs. That is huge going forward for the confidence of the whole team. Teams with a 3-1 series lead have won nearly 91 percent of best-of-seven Stanley Cup playoff series all-time but with that in mind, the Islanders are looking to reach the conference final for the first time since 1993. Philadelphia is 24-12 against the money line after scoring four goals or more in their previous game this season while the Islanders are 2-5 in their last 7 in the fourth game of a 4-in-6 situation. 10* (25) Philadelphia Flyers

NFL is ready to keep rolling along as Matt has FOUR Winners for Sunday! He is on an AWESOME 8-3 MLB Run and has brought in MLB profits of +$20,225 the last 2+ years!