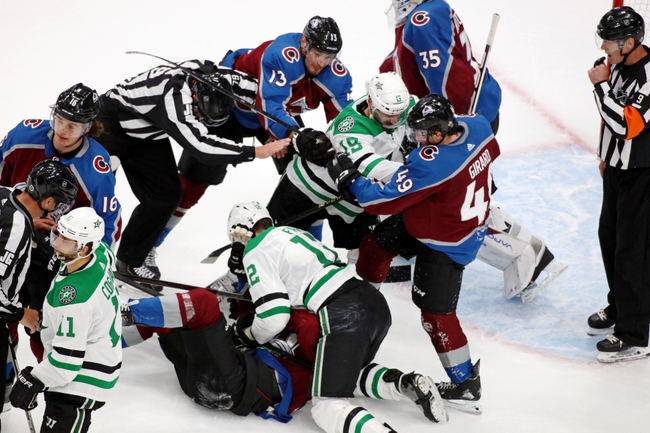 This is a play on the DALLAS STARS for our NHL Wednesday Breakaway. Colorado was able to stay alive with a 6-3 win on Monday to cut the series deficit to 3-2. The Dallas offense was not as sharp as it had been in the beginning of the series, but it was the defense that let the Stars down. Stars goalie Ben Bishop, who had not played since August 13th, allowed four goals in the first period before he was pulled in favor of Anton Khudobin. Despite the short turnaround, the decision to go with a goalie who had not played in weeks over a guy who was good enough to consistently win, and one win away from the reaching the conference finals was a bit perplexing and we expect to see Khudobin between the pipes on Wednesday. Here, we play on teams against the money line after a loss by 2 goals or more in their previous game against opponent after scoring 6 goals or more in their previous game. This situation is 156-122 (56.1 percent) over the last five seasons. 10* (20) Dallas Stars