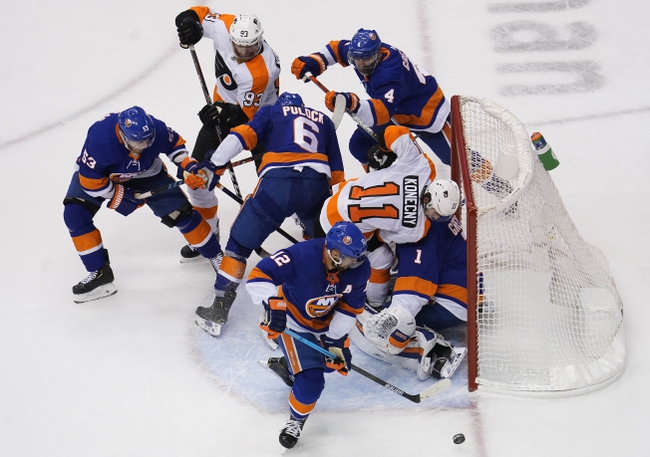 This is a play on the PHILADELPHIA FLYERS for our NHL Tuesday Power Play. The Islanders have won the last two games of this series to take a 3-1 lead and put the Flyers backs up against the wall. The Flyers have scored a combined three goals in their three losses in the series. This is the first time Philadelphia has lost back-to-back games since early January and going back to then, it is now 10-1 following a loss. The Flyers were outplayed by the Islanders in most of the series first three games, frustrated by the Islanders speed and their energetic forecheck but they played a better game on Sunday despite the result. The problem has been late as in the first four games of the series, the Islanders have outscored the Flyers, 8-1, in the third period. Philadelphia is 11-3 against the money line after having lost 4 or 5 of their last 6 games this entire season while the Islanders are 2-5 in their last seven games in the fourth game of a 4-in-6 situation. 10* (16) Philadelphia Flyers