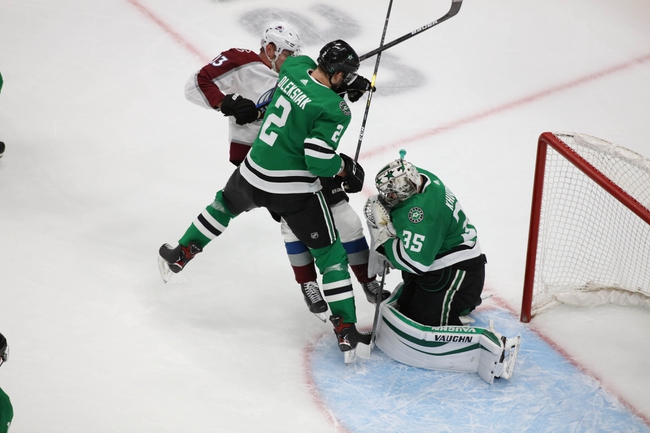 This is a play on the COLORADO AVALANCHE for our NHL Monday Breakaway. Dallas won the first two games of this series before Colorado cut into the series lead but the Stars took Game Four on Sunday to take a commanding 3-1 lead. Dallas scored five or more goals just five times in the regular season but now they have now done it five times in their past seven games. It was a dominating effort from the start for the Stars as they scored three goals in the first 10 minutes. While the Avalanche did not get a shot until the final two minutes of the first period. The Avalanche are 9-3 in their last 12 after allowing 5 goals or more in their previous game. Here, we play against any team against the money line after scoring 4 goals or more in 4 straight games going up against an opponent after playing 2 straight games where 7 or more total goals were scored. This situation is 57-39 (59.4 percent) since 1996. 10* (14) Colorado Avalanche

NFL is ready to keep rolling along as Matt has FOUR Winners for Sunday! He is on an AWESOME 8-3 MLB Run and has brought in MLB profits of +$20,225 the last 2+ years!