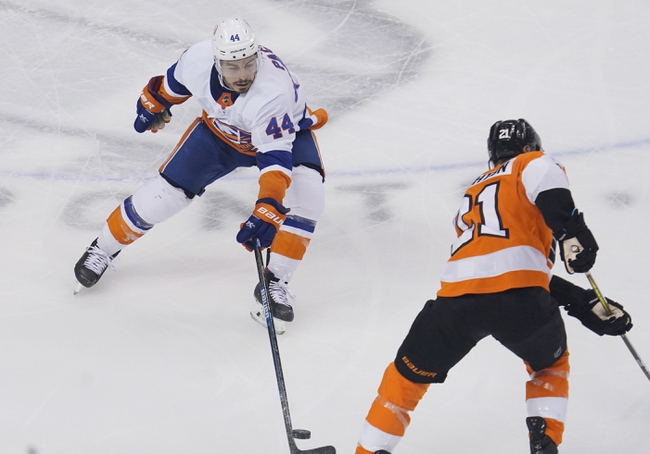 This is a play on the PHILADELPHIA FLYERS for our NHL Wednesday Breakaway. The Islanders opened this series with a 4-0 win and have now taken all four meetings against the Flyers this season. Defense has been the key for New York throughout the playoffs. It was Semyon Varlamov's second consecutive shutout, after he made 21 saves in a 4-0 win against the Washington Capitals in Game 5 of the first round. He has a shutout streak of 136:20, second-longest during the Stanley Cup Playoffs in Islanders history. The Islanders allowed fewer than 30 shots on goal for the 10th straight playoff game, a New York record. That being said, we expect a big response from the Flyers who won three games against the Canadiens with 29 or fewer shots. Philadelphia is 7-1 in its last eight games off a loss by four goals or more to a division rival. Here, we play on teams against the money line revenging a home loss of three goals or more, winning 60-70% or more of their games on the season in the 2nd half of the season. This situation is 41-12 (77.4 percent) over the last five seasons. 10* (10) Philadelphia Flyers

NFL Primetime Winner extends 12-7 run while CFB is back in action to extend 4-2 Run. Matt is on an AWESOME 8-1 MLB Run and has brought in MLB profits of +$22,225 the last 2+ years following the Rays Win Wednesday!