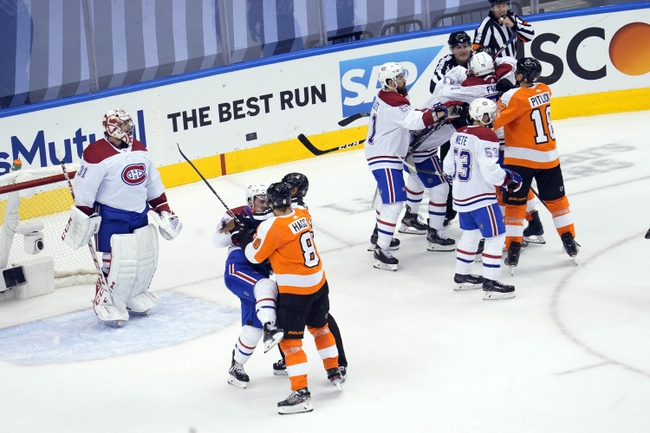 This is a play on the PHILADELPHIA FLYERS for our NHL Friday Breakaway. Montreal staved off elimination with a win on Wednesday to close the gap in this series to 3-2. The 5-3 victory ended a two-game shutout streak as this was the second time in the series the Canadiens scored five goals. Montreal is fortunate to even be here as it was 24th in the standing prior to the shutdown and then it pulled off a big upset of the Penguins. Philadelphia was red hot prior to the break and then won all three of the seeding games before jumping out to a 3-1 lead in this series. Philadelphia is 15-5 revenging a loss this season while Montreal is 2-12 after scoring five goals or more in their previous game this season. Here, we play against underdogs with a winning percentage between .400 and .499 playing their 3rd game in four days, playing a winning team. This situation is 187-83 (69.3 percent) over the last five seasons. 10* (15) Philadelphia Flyers