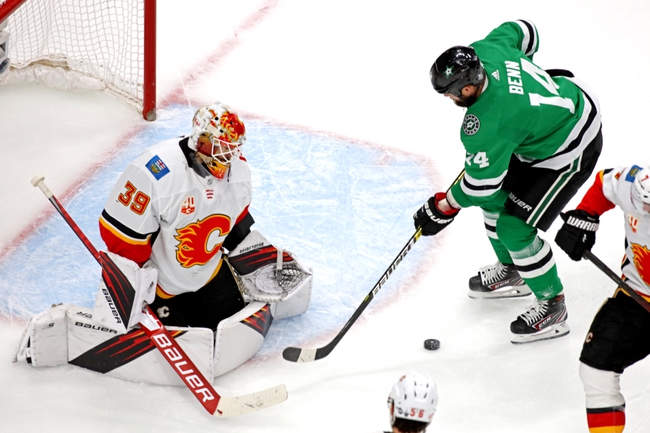 This is a play on the DALLAS STARS for our NHL Thursday Breakaway. This tight series continues Thursday as only one game through the first five has ben decided by more than one goal. Dallas has won the last two games to take a 3-2 lead but has just a +1-scoring differential throughout the series. However, they have dominated more than the scoreboard shows as the Stars have controlled the pace and puck for much of the series. Dallas has outshot the Flames 191-144 and the defense has been outstanding in limiting scoring chances including Tuesday where the Stars shutdown the Calgary power play four times. Dallas is 14-8 against the money line away from home after allowing one goal or less in its previous game while the Flames are 5-14 in their last 19 games when their opponent scores two goals or less in their previous game. 10* (3) Dallas Stars