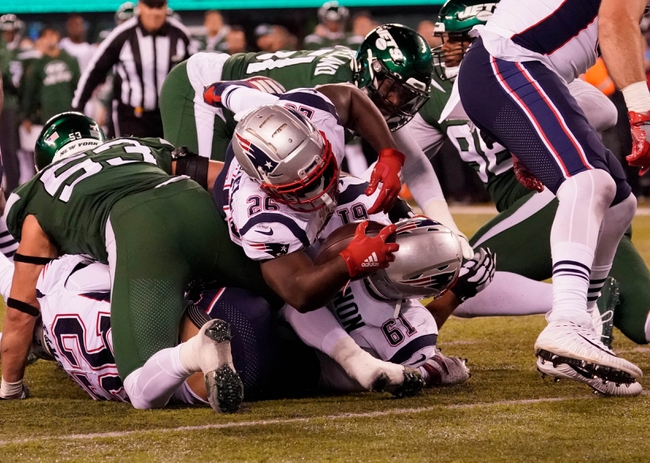 This is a play on the NEW YORK JETS for our NFL Monday Star Attraction. This is not a matchup that many will be wanting to witness but it is an intriguing game to see which team can bounce back. The Patriots are 2-5, well back of first place in the AFC East. Injuries have played havoc on the Patriots ability to establish consistency on both sides of the ball but it is mostly the offense that has struggled. They entered the week ranked 29th in the NFL averaging 19.4 ppg as part of the reason for their lack of production can be traced to their poor starts. A loss here would mark New England's first five-game losing streak since 1995. The Jets are winless at 0-8 and they have covered only one game this season which came in their last home game against a really good Buffalo team. Sam Darnold has been ruled out but that is not a bad thing as he has the worst passer rating in the NFL and he will be replaced by veteran Joe Flacco. Here, we play against underdogs or pickems averaging 5.3 or less ypa going up against teams allowing 7.3 or more ypa after allowing 8.0 or more passing ypa in their last game. This situation is 21-4 ATS (84 percent) since 1983. 10* (476) New York Jets