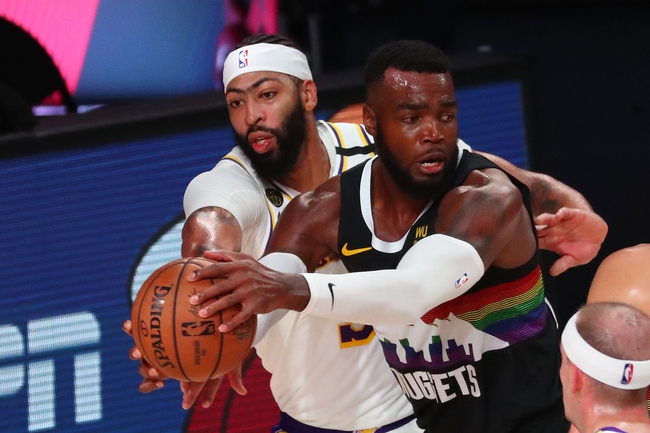 This is a play on the LOS ANGELES LAKERS for our NBA Game of the Year. Denver won Game Three as it withstood a late Lakers run to get back into the series. After an easy series opening win, Los Angeles has not looked nearly as good and could very well be down 2-1 if not for the Anthony Davis buzzer-beater in Game Two. The Nuggets outrebounded the Lakers (35-21) because of hustle. And the Lakers committed 16 turnovers and 21 fouls because of sloppiness. They were able to cut the lead to three points, but the Lakers made only one out of seven shots in the final 6:07. Now it is time for the best team in the league with the best player to step up. LeBron James did have a triple-double but his play down the stretch was erratic as he had a team high six turnovers. Just like the Jazz and Clippers before them, the Lakers played against the Nuggets as if they would coast to a win. As the Jazz and the Clippers already experienced, the Lakers were then proven wrong. The Lakers are 20-7 ATS after having won three of their last four games this season while the Nuggets are 4-13 ATS after successfully covering the spread in two or more consecutive games this season. 10* (709) Los Angeles Lakers