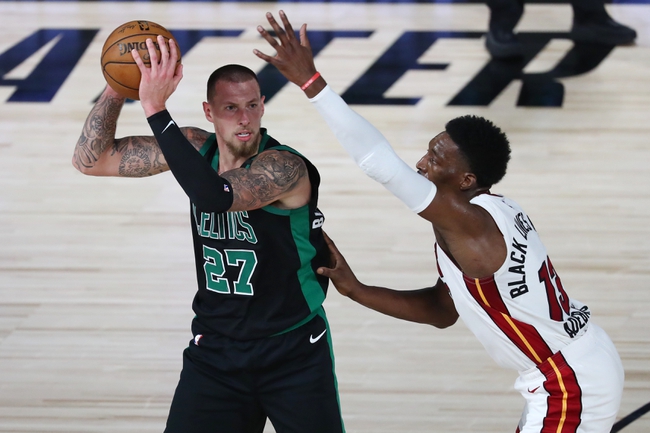 This is a play on the BOSTON CELTICS for our NBA Thursday Enforcer. Miami overcame a 14-point deficit by outscoring Boston 35-23 in the fourth quarter and eventually won in overtime to take the opener of the Eastern Conference Finals. One favorable takeaway is that Boston outscored Miami 28-16 in the third quarter and held the Heat to their lowest scoring total for a quarter in the playoffs. This is noteworthy because Boston lost every third quarter to the Raptors in the East semifinals. Kemba Walker will be the key for Game Two. He has been extremely inconsistent on offense and while he has played some solid defense in the playoffs, he was bad on Tuesday as NBA tracking had him giving up 22 points on 9-18 shooting. Here, we play against teams where the line is +3 to -3 allowing 103 or more ppg on the season, after a win by 3 points or less. This situation is 143-89 (61.6 percent) since 1996. 10* (702) Boston Celtics