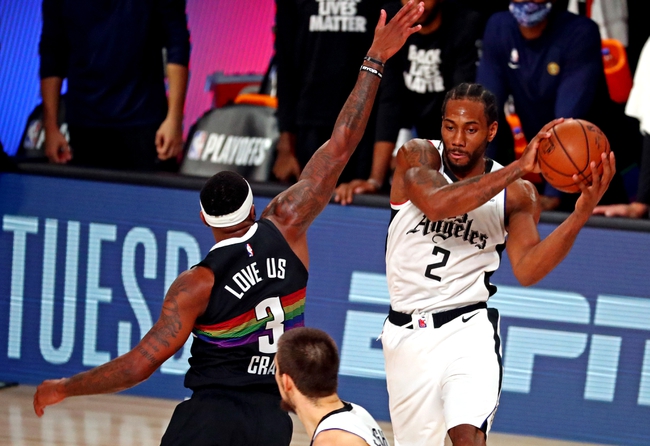 This is a play on the LOS ANGELES CLIPPERS for our NBA Tuesday Enforcer. Give a lot of credit to Denver which is now 5-0 in elimination games so far this season. Win Tuesday, and they will become the first team in NBA history to successfully erase a pair of 3-1 deficits in the same season, but their time Is done. Los Angeles does not have history on its side but that is no worry with arguably the best roster in the NBA. The Clippers have never been to the conference finals and they have had seven chances to get there in their franchise history, going 0-7 in those games. This series should already b over, but the Nuggets went on a 17-0 run midway in the third quarter in Game Six to stave off elimination. Here, we play on favorites revenging a straight up loss as a favorite of 7or more against opponent off 2 or more consecutive upset wins as an underdog. This situation is 49-21 ATS (70 percent) since 1996. 10* (730) Los Angeles Clippers