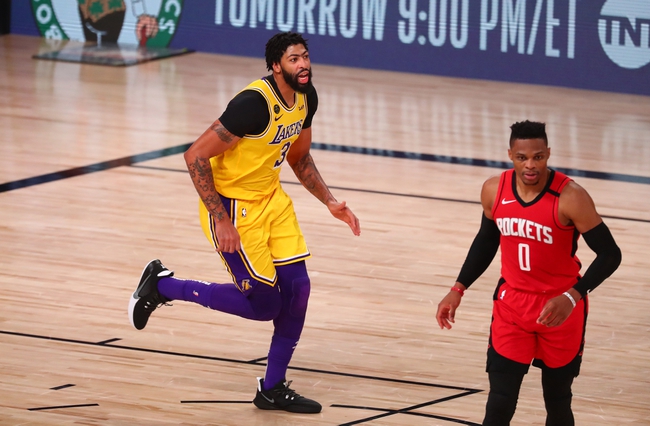 This is a play on the LOS ANGELES LAKERS for our NBA Saturday Enforcer. We totally read the Lakers wrong and how they are approaching this series. The Rockets version of small ball worked for Game One and then the Lakers made adjustments and have dominated since. Los Angeles outrebounded Houston 52-26 including 12-1 on the offensive end and teams cannot overcome a deficit like that. The Rockets can get hot from long range but that cannot be counted on based on the defense the Lakers have thrown at them, especially when James Harden only was able to attempt six three-pointers in Game Four. The thing is the Lakers can't play small ball. The only guy in their rotation who is under 6'5" is Rajon Rondo so the length and wingspan is simply too much. The Rockets are 1-5 ATS in their last six games against teams with a winning straight up record while the Lakers are 6-0 ATS in their last six games playing on one day of rest. 10* (724) Los Angeles Lakers