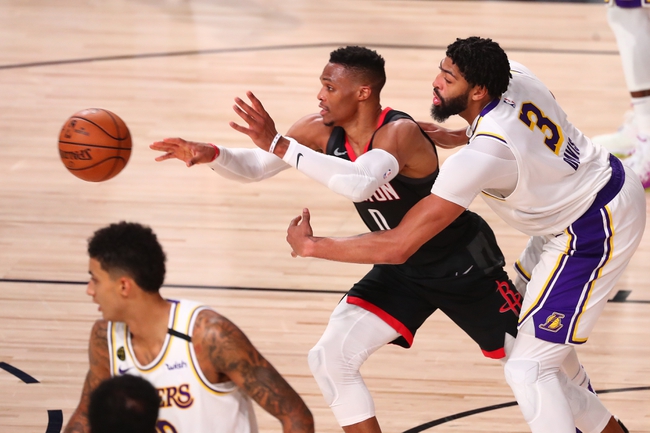 This is a play on the HOUSTON ROCKETS for our NBA Thursday Enforcer. After taking four in a row off of Portland, the Lakers have now beaten Houston in both Games Two and Three to take a 2-1 series lead over the Rockets. Houston needs to make adjustments to get more production from other players. In Game Three Russell Westbrook gave the Rockets 30 points on 13-of-24 shooting while James Harden chipped in 33 points, but the role players put up only 39 points beyond them. Rockets coach Mike D'Antoni said fatigue undermined the Rockets late-game performance where the fourth quarter did them in for a second straight game, but the Lakers deserve full credit for harassing the Rockets into miscues and errant shot attempts. Houston is capable of squaring up this series but even a close game either way gets us the cover here. The Rockets are i15-4 ATS in their last 19 games when playing with double revenge while the Lakers are 3-7 ATS in their last 10 games following a straight up win. 10* (716) Houston Rockets

Previous Pick
NBA TOTAL OF THE DAY
Next Pick
Pick #3