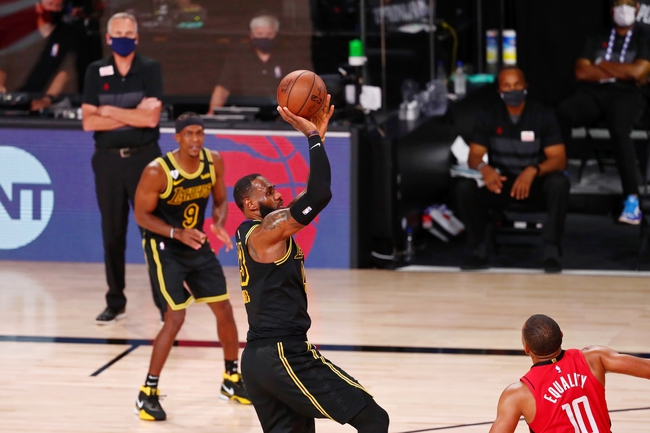 This is a play on the LOS ANGELES LAKERS for our NBA Tuesday Enforcer. The Lakers lost Game One of this series but bounced back in Game Two and we expect the momentum to continue forward. Efficient shooting was the key. The Lakers took 38 three-pointers in Game One. In Game Two, their shot composition changed a lot even though they took 83 shots, the exact same number as Game One, they took just 27 three-pointers, half as many as the Rockets attempted. They shot 62.5 percent inside the arc, an improvement from 53.3 percent the game before. The Lakers will have to depend on the Rajon Rondo they saw in Game Two to make good, quick decisions as opposed to some of the rash ones he made in Game One. A 9-to-1 assist to turnover ratio is a major improvement from 4-to-4. 10* (707) Los Angeles Lakers