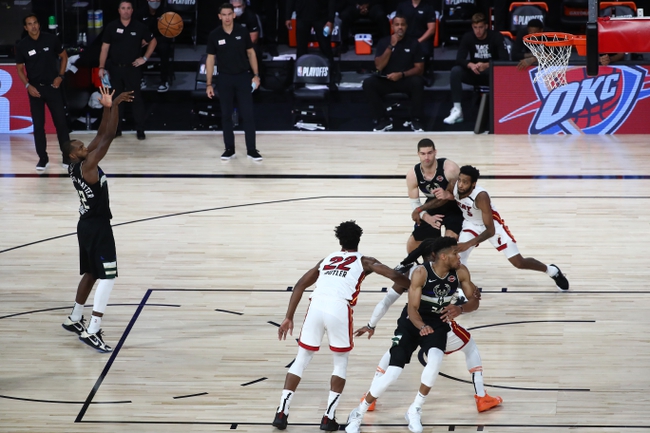 This is a play on the MILWAUKEE BUCKS for our NBA Friday Supreme Annihilator. The Bucks have dug themselves into a hole after dropping the first two games of this series. Milwaukee was uncharacteristically outscored 42-24 in the paint in the series opener but looked like themselves again Wednesday, dominating the Heat by a score of 52-32 inside. The problem was long range shooting as Miami attempted 20 more three-pointers than the Bucks and made 10 more, outshooting Milwaukee by a 37.8 percent to 28 percent clip from deep. Do not expect that to happen again. The Bucks shot better from the free throw in Game Two compared to the opener and that has to stay the same into Game Three. Here, we play against underdogs of 3.5 to 9.5 points after beating the spread by 24 or more points total in their last three games going up against an opponent after being beaten by the spread by 24 or more points total in their last three games. This situation is 49-19 ATS (72.1 percent) over the last five seasons. 10* (737) Milwaukee Bucks