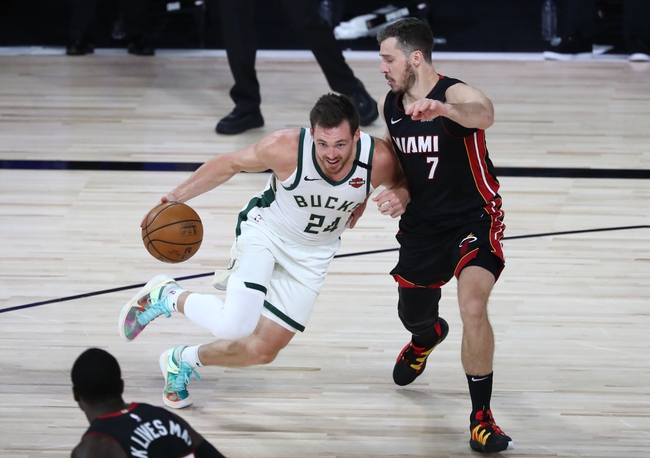 This is a play on the MILWAUKEE BUCKS for our NBA Wednesday Enforcer. We won with Miami on Monday with two key factors coming into play. As mentioned, the Heat have one of the best top to bottom rosters in the NBA and taking the top two players out from each team, Jimmy Butler and Giannis Antetokounmpo, and Miami has the better roster. Also, the Heat were the only Eastern Conference team to win a season series with the Bucks this year. That being said, we expect the Bucks to come out strong in Game Two just like they did in Game Two of their first round series against Orlando after losing Game One. This already has the feel of a back-and-forth series with the best team in the conference going up against a team that matches up very well with them. Here, we play against underdogs of 3.5 to 9.5 points with a winning percentage between .600 and .750 after successfully covering the spread in 3 or more consecutive games, playing a team with a winning record. This situation is 32-11 ATS (74.4 percent) over the last five seasons. 10* (730) Milwaukee Bucks