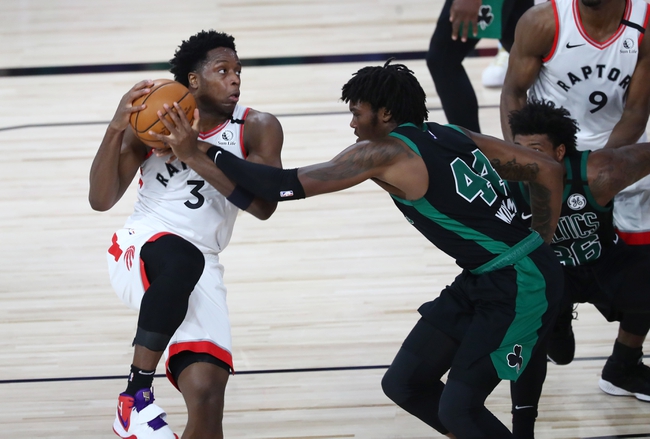 This is a play on the TORONTO RAPTORS for our NBA Tuesday Supreme Annihilator. After running through Orlando in a first round sweep, Toronto got hammered by Boston in Game One as it trailed by as many as 24 points and never led in the game. The Raptors shot just 37 percent from the floor including 25 percent on 10-40 shooting from long range. The Raptors are now 11-2 in regular-season and postseason games played at Disney World, with both losses coming against the Celtics. Toronto trailed the Celtics by 40 on the way to a 122-100 loss on August 7th. We just do not see an effort from either side in Game Two with Toronto evening up the series. Here, we play against underdogs after beating the spread by 18 or more points total in their last three games, with a winning record on the season playing another winning team. This situation is 198-130 ATS (60.4 percent) over the last five seasons. 10* (724) Toronto Raptors