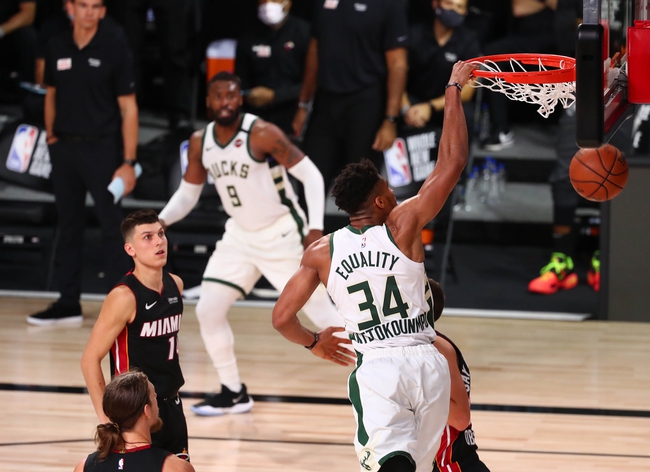 This is a play on the MIAMI HEAT for our NBA Monday Enforcer. The Bucks came into the playoffs as the top seed in the Eastern Conference but were the only team not to sweep their opening round series although it did take them just five games after dropping the opener. Things now start to get tougher. Miami is coming off a sweep of Indiana where it covered all four games in which it won by at least nine points. The Heat have one of the best top to bottom rosters in the NBA and taking the top two players out from each team, Jimmy Butler and Giannis Antetokounmpo, and Miami has the better roster. The Heat were the only Eastern Conference team to win a season series with the Bucks this year. Butler missed the lone loss which was played in the bubble. The Heat are 38-18 ATS in their last 56 games playing on 3 or more days rest while the Bucks are 2-6-1 ATS in their last nine games following a straight up win. 10* (719) Miami Heat

9-2 Football Weekend (5-1 NFL and 4-1 CFB) ~ Thursday, Friday, Saturday cards are ready! College Football coming off a big weekend and NFL followed up with the same. Do not miss this weekend!