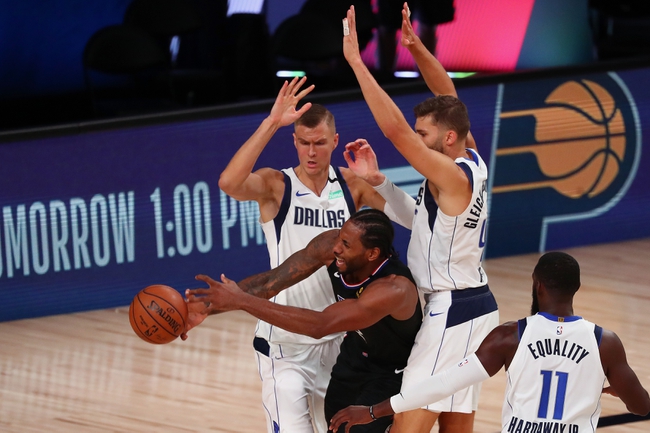 This is a play on the LOS ANGELES CLIPPERS for our NBA Friday Enforcer. Dallas is coming off a Game Two win over the Clippers to even the series at one game apiece in what was a must win game. The Mavericks jumped to an early 15-2 lead and never looked back as the Clippers never led and Dallas led by as many as 18 points during the win. Kawhi Leonard scored a game-high 35 points in the loss but Paul George struggled with just four made shots on 17 attempts and a total of 14 points and George needs to compliment Leonard for the Clippers to perform at their standards. While Luka Doncic was dominant, the Mavericks bench stepped up as Seth Curry, Trey Burke, Boban Marjanovic and Delon Wright combined for 47 huge points. Time for Los Angeles to respond. The Clippers are 8-1 ATS in their last nine games following a straight up loss of more than 10 points while the Mavericks are 2-6 ATS in their last eight games against teams with a winning percentage above .600. 10* (727) Los Angeles Clippers