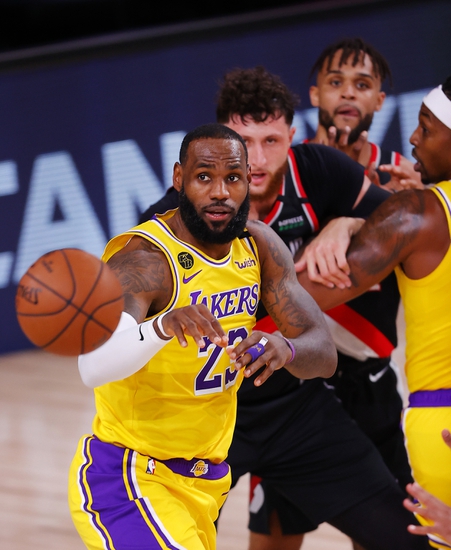 This is a play on the LOS ANGELES LAKERS for our NBA Thursday Enforcer. The Blazers stunned Los Angeles in Game One of this series on Tuesday and the Lakers can ill afford to fall down 2-0 in this series against one of the hottest teams since the restart. LeBron James and Anthony Davis combined to go just 17-44 (38.6 percent) from the floor including 1-10 from long range. The Lakers did not look like he team that tore through the league during the regular season and we can chalk up Tuesday as an anomaly. They are not going to routinely convert just 4 of 17 second-chance opportunities are they are not usually going to miss more than half of their shots within 9 feet of the hoop. Do not expect this again as in the seeding games, the Blazers ranked 20th (out of 22) in defensive rating with 120.4, nearly seven points worse per 100 possessions than its regular-season defensive rating of 113.6 that itself ranked 27th. 10* (718) Los Angeles Lakers