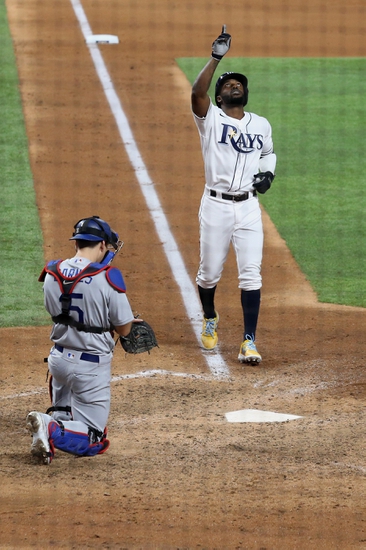 This is a play on the LOS ANGELES DODGERS for our MLB Saturday Sweet Spot. This is a tough spot for Tampa Bay based on the starting pitching matchup. The Dodgers took a 2-1 series lead after taking two of three from the Rays top three aces and now they get to face the Rays bullpen game rather than one of those big three. Actually, those three Rays starters put up an 8.78 ERA in their three starts, and none made it out of the fifth inning so essentially, Tampa Bay has already had three bullpen games. Ryan Yarbrough will be asked to pitch the bulk of the early innings and he is in a very tough spot here against potent Dodgers lineup. Julio Urias last started on Oct. 14, nine days ago, where he lasted five innings and 101 pitches, which made him ready to pitch three scoreless innings to close out Game Four. He has given up only one earned run in 16 innings this postseason, he is fully rested, and he is in the perfect position to put the Dodgers a win away from a title. The Rays are 2-5 in their last seven games against starters with a WHIP less than 1.15 while the Dodgers are 45-18 in their last 63 games following a win. 10* (957) Los Angeles Dodgers