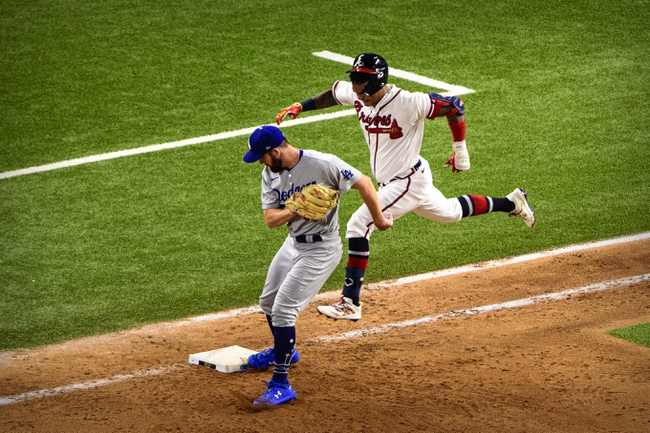 This is a play on the ATLANTA BRAVES for our MLB Thursday Sweet Spot. The Dodgers came through for us last night in a record setting way with an 11-run first inning, but the Braves are in a good position to bounce back from their first postseason loss. Only 25 percent of teams that fell behind 2-0 in a best-of-seven series and won Game Three have come all the way back to win the series, and none of the last 17 did it. Clayton Kershaw will get the start after being scratched from Game Two because of back spasms. He had a solid season, but the Braves present a problem. He had the highest first-pitch strike percentage (69.7 percent) of any pitcher in baseball in the regular season but the Braves .788 slugging percentage on the first pitch was the best in MLB. Additionally, he thrives with his breaking ball but faces a Braves team whose .429 slugging percentage against breaking balls was the highest in MLB this year. Atlanta pitching has struggled over the last 12 innings, allowing 22 runs but the bullpen is still in decent shape. Starter Bryse Wilson allowed just one run in three starts and if he can get through four innings, that will be a win for the Braves and the bullpen. Here, we play on teams after allowing 12 runs or more going up against an opponent after a combined score of 15 runs or more two straight games. This situation is 50-28 (64.1 percent) over the last five seasons. 10* (978) Atlanta Braves