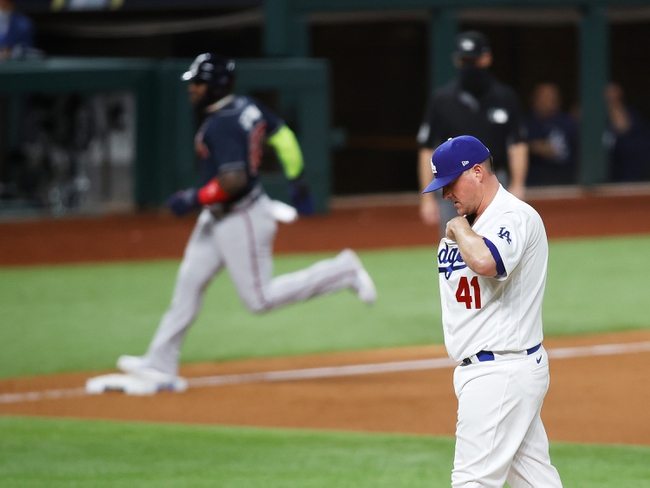 This is a play on the ATLANTA BRAVES for our MLB Tuesday Sweet Spot. We won with the Braves last night as the problems with Walker Buehler were on full display. He has allowed only four runs in 17 innings since returning from the injured list with a blister that originally began in his right index finger, but he has yet to complete six innings during that stretch. Last night messed up the whole rotation as Dustin May had to come in for two innings so he is out of the equation for at least tonight. Clayton Kershaw gets the ball tonight and as good as the future Hall of Famer is, the pressure of being down a game could cause an issue as we have seen his postseason struggles in similar spots. The Nationals knocked him around for five runs in 6.1 innings over two appearances in the NLDS last year, and that was a year after he had a 7.36 ERA in two World Series starts. Ian Anderson is young, but he has already shown why he was a first-round draft pick just three years ago. He has worked 11.2 scoreless innings through his first two career postseason starts and has posted a 0.93 ERA over his last five starts. He has been an underdog just once and that was against the Yankees where he carried a no-hitter into the sixth inning. Here, we play on National League teams averaging 5.0 or more rpg after allowing two runs or less in two straight games going up against a starting pitcher with an ERA of 3.70 or better. This situation is 156-91 (63.2 percent) since 1997. 10* (969) Atlanta Braves