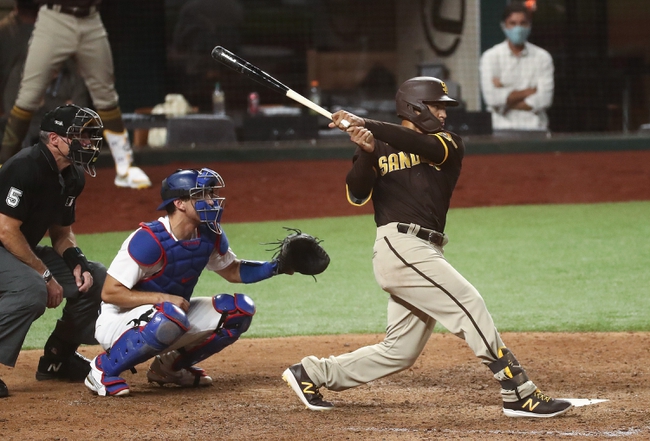 This is a play on the SAN DIEGO PADRES for our MLB Thursday Sweet Spot. The Padres nearly rallied on Wednesday as they scored two runs in the ninth inning and loaded the bases before just falling short. Instead of potentially going for a series lead Thursday, they are now trying to save their season. The Dodgers have won eight straight games going back to the regular season and are a win away from going to their fourth NLCS in the last five years. The Padres will go with a bullpen game Thursday, opening with Adrian Morejon. He did make four starts this season and did not make it past three innings in any of those so it will be up to the bullpen to keep the San Diego season alive. The bullpen has gone 31 innings during the postseason and has posted a 2.90 ERA. Dodgers manager Dave Roberts waited to name a starter until Thursday afternoon, and he has chosen Dustin May. He threw two scoreless innings of relief in Game One on Tuesday, so he probably will not be asked to pitch too deep into this one. He had a solid regular season but his 4.62 FIP and 3.98 xFIP suggest he overachieved by quite a bit. 10* (928) San Diego Padres