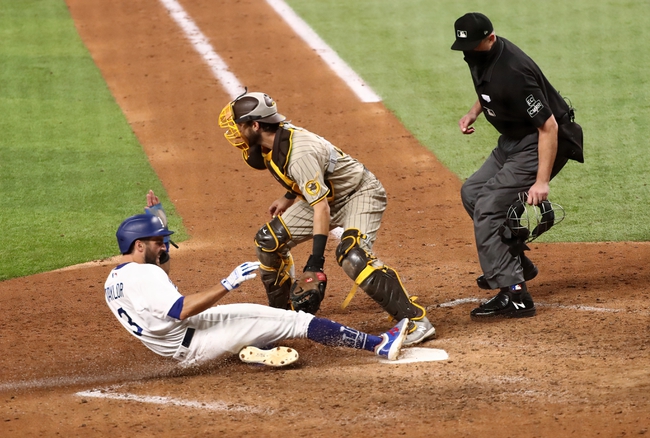 This is a play on the SAN DIEGO PADRES for our MLB Wednesday Sweet Spot. Los Angeles took Game One of this series despite having just four hits as it benefitted from 10 walks in the 5-1 victory. The Dodgers were held hitless through five innings of Game One, though they did score a run in the fifth on two walks and a throwing error. The offense has struggled as Los Angeles has a team batting average of .186 this postseason and the pitching has bailed it out. Clayton Kershaw gets the ball for the Dodgers and while he out up a gem in his first postseason start, he has been known for some playoff disasters. The Brewers were unable to get anything going but that offense was bad all season and the San Diego offense is one of the best in baseball and is by far the strongest lineup in Padres history. Kershaw is all about fastball or slider on the first pitch and the Padres had the fourth-lowest chase rate in baseball, behind three playoff teams in New York, Los Angeles and Oakland. Zach Davies struggled in his first postseason start but he has been solid as he allowed three runs or less in all of hi 12 regular season starts. Here, we play against teams after 3 straight games where the bullpen gave up no earned runs going up against an opponent after a game where the bullpen threw seven or more innings. This situation is 30-12 (71.4 percent) over the last five seasons. 10* (919) San Diego Padres