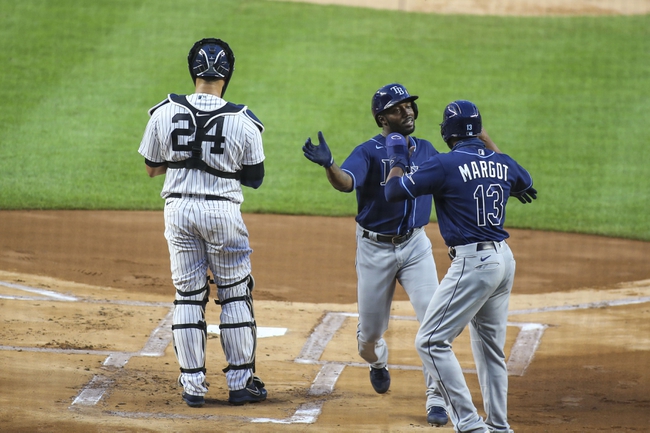 This is a play on the TAMPA BAY RAYS for our MLB Monday Sweet Spot. The Yankees and Rays both swept their Wild Card Series over the Indians and Blue Jays, respectively. New York comes in as the road favorite behind the arm of Gerrit Cole who was dominant in his first playoff appearance. The Rays finished with the bet record in the American League and Tampa Bay dominated the season series, beating the Yankees in eight out of ten games. While Cole dominated the Rays last season in the ALDS, he struggled against them this season, posting a 4.96 ERA and 1.59 WHIP in three starts, covering 16.1 innings, two of those resulting in losses. Blake Snell pitched Game One against Toronto when he allowed one hit and struck out nine in 5.2 scoreless innings. He was 4-2 with a 3.24 ERA in the regular season and allowed three runs on four hits in eight innings during two starts against the Yankees. The Rays are 10-2 in their last 12 games as an underdog. Here, we play against favorites with a money line of -125 to -175 after having won two of their last three games going up against an opponent after having won eight or more of their last 10 games. This situation is 52-34 (60.5 percent) over the last five seasons. 10* (902) Tampa Bay Rays

Matt is on an AWESOME 8-2 MLB Run and has brought in MLB profits of +$21,225 the last 2+ years! Game Four Winner Saturday posted soon! For CFB Saturday, we are looking for the PERFECT 4-0 SWEEP!