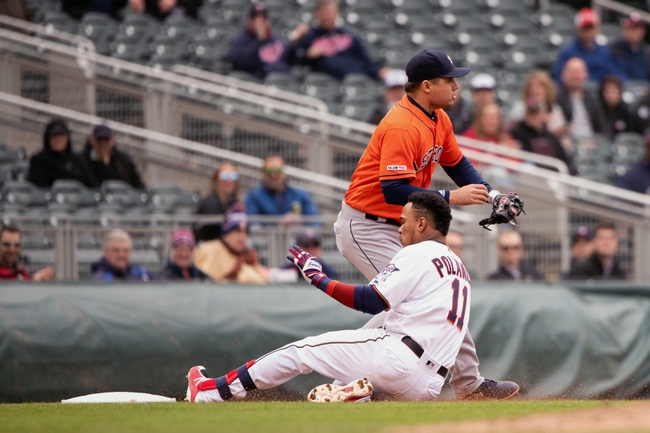 This is a play on the MINNESOTA TWINS for our MLB Tuesday Afternoon Dominator. Minnesota has lost a Major League record 16 consecutive postseason games but that is pretty meaningless especially since its last playoff game was three years ago. Houston has much more playoff experience but is has been a down year for the Astros as they finished with a losing record after losing their final three games over the weekend. Minnesota won the American League Central despite losing two of its final three games of the regular season. Houston went just 9-21 on the road while Minnesota went 24-7 at home this season. Kenta Maeda gets the ball for the opener and he has been outstanding in his first year with the Twins. He went 6-1 with a 2.70 ERA and 80 strikeouts in 66.2 innings, leading the majors with a 0.75 WHIP while limiting opposing hitters to a .168 batting average. He allowed three runs or less in all 11 of his starts. The Astros hit just .228/.288/.383 as a team in September, averaging 3.8 rpg in the process. Zack Greinke started the season strong with a 1.84 ERA in first five starts before tailing off in the second half as he posted a 5.73 ERA in final seven starts. He made five starts in the postseason last year and went 0-2 with a 4.68 ERA. The Astros are 2-10 in their last 12 road games against right-handed starters while the Twins are 17-5 in their last 22 home games against right-handed starters. 10* (934) Minnesota Twins