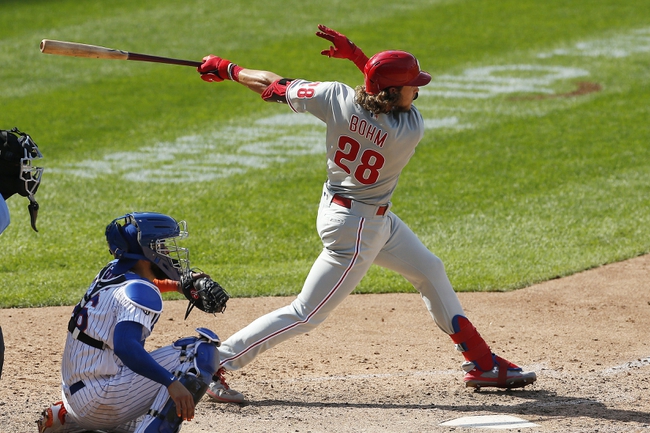 This is a play on the PHILADELPHIA PHILLIES for our MLB Tuesday Sweet Spot. The Phillies have lost three straight games and now trail the Braves by four games in the National League East. More importantly, they are just a game and a half behind Miami for second place which carries the additional playoff spot in this shortened season. The Mets are favored here for no reason as they are five games under .500 and send Rick Porcello to the hill who has had a horrible season. They are 2-7 in his nine starts and he brings in a 6.07 ERA and 1.56 WHIP. He has a 4.50 ERA in two starts against the Phillies this season. Jake Arrieta has not been much better with his 5.54 ERA and 1.49 WHIP but brings value at home where he has pitched well with the exception of one bad outing against the Braves. He allowed two runs in seven innings in his lone start against the Mets this season. 10* (912) Philadelphia Phillies