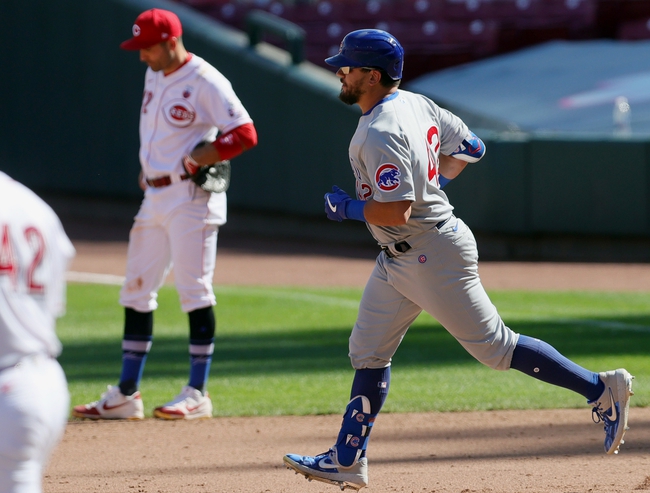 This is a play on the CINCINNATI REDS for our MLB Wednesday Sweet Spot. We won with the Cubs last night but will be backing the Reds tonight with great value. Cincinnati has dropped two straight games to fall 6.5 games behind the Cubs in the National League Central. Chicago has won two straight games to remain three games in front of the Cardinals in the division. Trevor Bauer has been solid this season as he has allowed one run or less in five of his seven starts. Three of his four road starts have been quality outings and for his career, Bauer is 4-1 with a 1.41 ERA in five starts against the Cubs. Yu Darvish has become a serious Cy Young contender in the National League as he has yielded five runs and struck out 58 over 46 innings to win seven straight starts for the first time in his career. Here, we play against National League home teams that are hitting .255 or worse on the season and batting .200 or worse over their last five games going up against a starting pitcher with an ERA of 2.70. this situation is 29-9 (76.3 percent) over the last five seasons. 10* (917) Cincinnati Reds