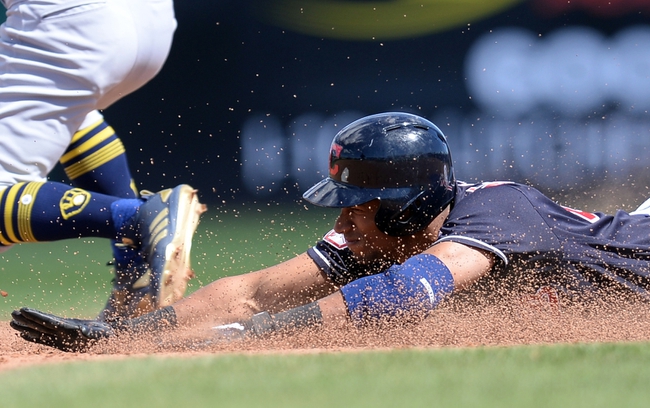 This is a play on the CLEVELAND INDIANS for our MLB Friday Sweet Spot. The Indians, who have both the White Sox and Twins within a game-and-a-half of their division lead, have won two in a row and 13 of their last 18 games heading into the opener of their seven-game homestand. Milwaukee has won four of its last six games but is still under .500 at 17-19. Carlos Carrasco scattered two hits and struck out six in six scoreless innings of a 2-1 victory at St. Louis on Saturday and now has a 3.75 ERA on the season through seven starts. He has allowed three runs or less in six of those seven starts with four of those being quality outings. Corbin Burnes counters for the Brewers and he has been solid as well, but his last two games came against the Pirates, one of the worst offenses in the league. Here, we play against National League teams with an OBP of .310 or worse going up against teams with a starting pitcher whose WHIP is between 1.30 and 1.35, with a starting pitcher whose gives up 5.5 or less hits per start. This situation is 36-11 (76.6 percent) since 1997. 10* (960) Cleveland Indians