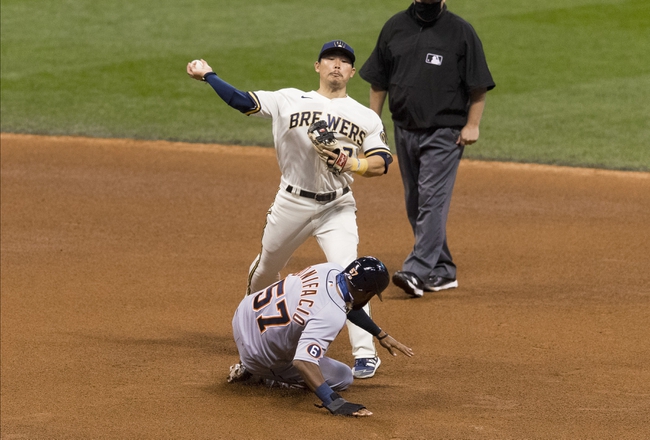 This is a play on the MILWAUKEE BREWERS for our MLB Wednesday Sweet Spot. Detroit won its sixth straight game on Tuesday with a 12-1 victory over the Brewers. The Tigers did lose JaCoby Jones to a season ending hand injury so the production that has produced at least seven runs in four of those games will come down. Milwaukee has been up and down on offense recently as it has scored one run or less in four of its last seven games. The Brewers can flourish tonight against Spencer Turnbull whose command has been bad as he has a 4.38 ERA and 1.78 WHIP over his last three starts. Adrian Houser is coming off a pair of poor outings where he allowed four runs in each game, but we can expect a bounce back tonight. Here, we play against underdogs with a money line of +125 to +175 batting .315 or better over their last 5 games going up an against opponent with an on base percentage of .310 or worse over their last 20 games. This situation is 141-51 (73.4 percent) since 1997. 10* (968) Milwaukee Brewers