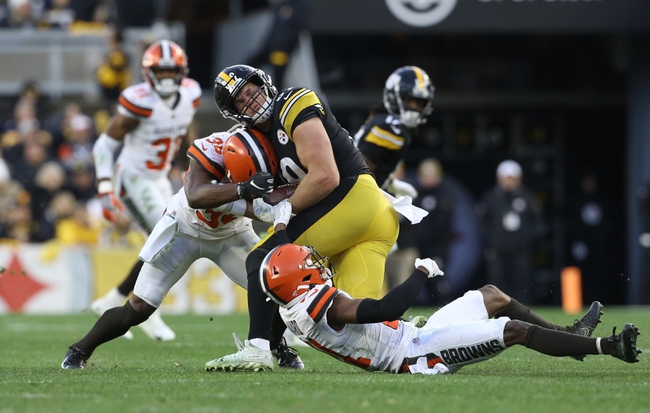 This is my HR play.

Both offenses are starting to roll. Cleveland owns one of the best rushing units in football. However, Pittsburgh ranks second in the NFL vs. the rush and sixth overall in scoring. The ferocious, Steelers stop unit will pressure the mistake-prone, Mayfield (four INT's) and force turnovers. Look for Big Ben and his arsenal of receivers, including his new favorite target, Claypool (four TD's) to shred the 30th ranked pass defense of the Browns. The home team is 4-0 ATS L4 meetings in this series. The Steelers are 7-3 ATS L10 vs. the AFC North. The Browns are 1-7 ATS L8 on the road. take Pittsburgh. Thank you.