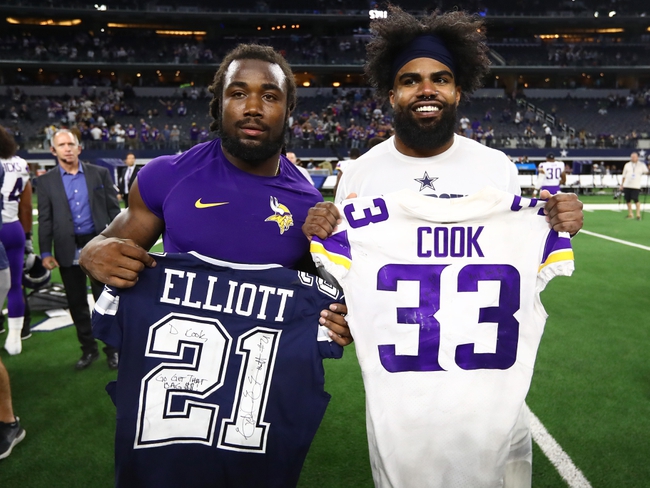 Dallas finally got a cover in their last game two weeks ago. Savor the flavor Cowboy fans, it’s not going to happen again here. It looks like Andy Dalton might get the start in place of Garrett Gilbert. It won’t matter who is under center. Without a ground game to keep the Minny defense honest, this offense won’t be able to move the ball. Ezekiel Elliott is getting pounded. During their current four game SU skid, the Dallas running back has 61 carries for just 208 yards (3.4 YPC). Dalvin Cook has brought life back to the Vikings offense. Since returning three games ago, the running back has tallied over 465 yards rushing and five TD’s on the ground along 125 yards receiving and another score in the air. The Cowboys own one of the worst rushing defenses in the NFL (31st). Cook will allow Kirk Cousins to pass the ball at will. The Vikings have covered the last five meetings vs. the Cowboys. They are also 4-1 ATS the last five vs. the NFC and 6-1 ATS the last seven overall. The Cowboys are 0-7 ATS the last seven vs. the NFC, 0-6 ATS the last six on the road, and 1-8 ATS the last nine overall. Take Minnesota. Thank you.