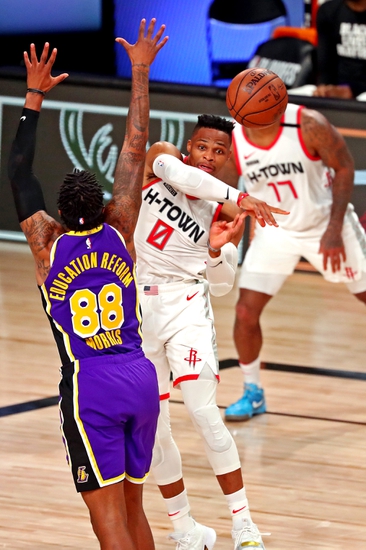 This is my GAME 2 WINNER.

Houston has won and covered the last three meetings with Los Angeles, including Game 1 of this series. The "smallish" Rockets team has the speed and the depth to frustrate the Lakers and force turnovers. LA, which had a five day layoff after a four game sweep in Round 1, will once again come in here a bit rusty as in the opener. Houston is 17-8 ATS the last 25 vs. the Lakers, 4-1 the last five conference semifinal games, and 5-1 ATS the last six playoff games as an underdog. Los Angeles is 1-6 ATS the last seven following an ATS loss, 0-3-1 ATS last four conference semifinal games, and 4-11 ATS the last 15 overall. Take the Rockets. Thank you.