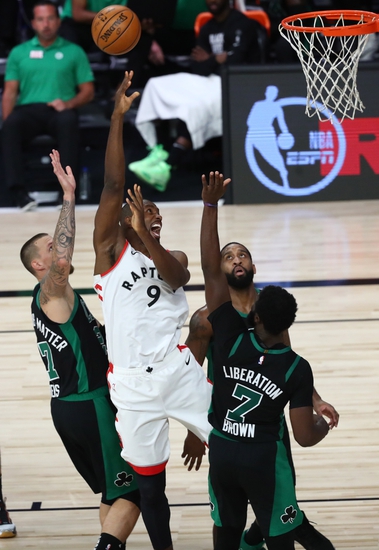 This is my CTB play.

Toronto, which finished the regular season with the NBA's second best record, was humiliated in Game 1. Boston had success against them in the regular season, taking three of four meetings, both SU and ATS. The Raptors shot just 37% overall from the floor and a mere 25% from beyond the arc in the opener, while the Celtics shot 47% and 44% in the same categories. Look for Toronto to bounce back here and even the series with a line under a basket, we must take the favorite here. Boston is 2-5 ATS the last seven playoffs games as an underdog. Toronto is 6-2 ATS the last eight games played as a favorite, 24-9-1 ATS the last 34 games played following an ATS loss, and 10-4-1 ATS the last 15 games played overall. Take the Raptors. Thank you.