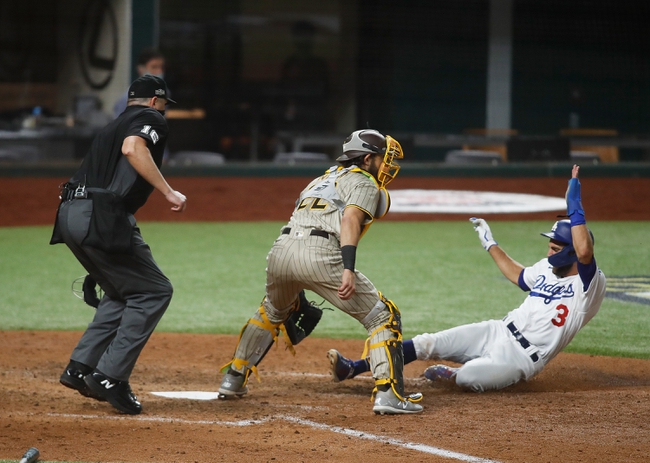 San Diego vs. Los Angeles at Globe Life Field: Clayton Kershaw has been named a starter. The Padres have been keeping it close to the vest as far as naming starters lately. To me, in this contest, it doesn't matter. There are many naysayers out there that won't give Kershaw his due respect. In his 11 starts in 2020, the team is 9-2 behind him. In 10 of those 11 starts, he allowed three or less earned runs. Over his career, the 32-year old has amassed a 175-76 record with a 2.43 ERA. Granted, his postseason stats are less impressive, but he did blank Milwaukee in the Wild Card round, 3-0, allowing just three hits, striking out 13, and walking only one, in 8.0 IP.

San Diego was one of this season's most exciting teams and certainly a fan and bettors favorite, especially after the trade deadline. But yet, LA took six of the ten regular season meetings and Game 1 of this series yesterday, 5-1 and have had their way over the years in this division rivalry.

The Padres are 3-8 the last 11 playoffs games. The Dodgers are 11-4 the last 15 Divisional Playoff games. I'm siding with Kershaw and the Dodgers. LOS ANGELES