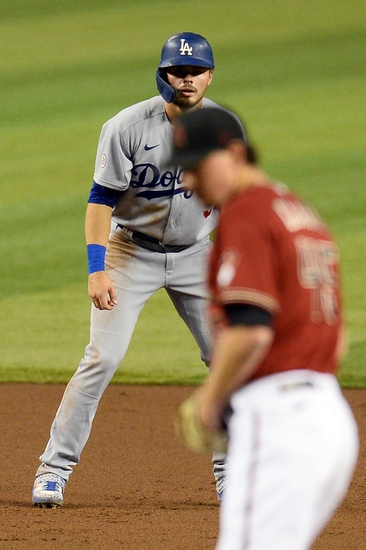 This is my GRAND SLAM PLAY.

May and Bumgarner have been scheduled here. In eight starts in 2020, Dustin May is 1-1 with a 2.88 ERA. "Big Red" has not allowed more than two earned runs in any outing this season. The RH will completely shut down the sputtering Arizona lineup which has mustered a mere, 3.00 RPG in their eight10 losses over their last 11 contests. Madison Bumgarner is a far cry from the pitcher he was several seasons ago. The "Mad-Bum" is living up to his nickname in more ways than one, as he hasn't had a winning season since 2016. The LH is 0-4 in five starts with a colossal ERA of 8.44.

The Dodgers are a monstrous team, ranking third in scoring and second in Team Era. They are a tough enough mountain to climb for any opponent, especially for a team that ranks in the bottom third in both areas.