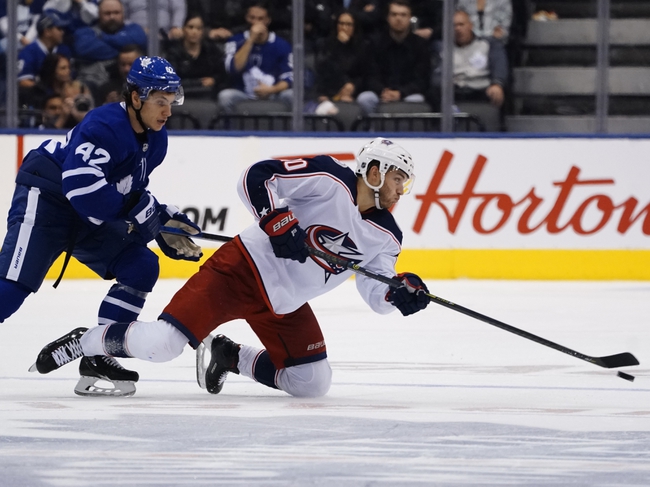 The Columbus Blue Jackets earned a reputation as giant-killers in the first round of last season's playoffs by knocking off the Presidents' Trophy-winning Tampa Bay Lightning in four straight games and they get my respect here today on a value line.The Blue Jackets are solid in goal with Joonas Korpisalo (19-12-5, 2.60 goals-against average in the regular season) and rookie Elvis Merzlikins (13-9-8, 2.35 GAA) and they will be key into todays victory. TORONTO is 2-7 ATS  after a close win by 1 goal in their previous game this season.

Play on Columbus to win on the ML