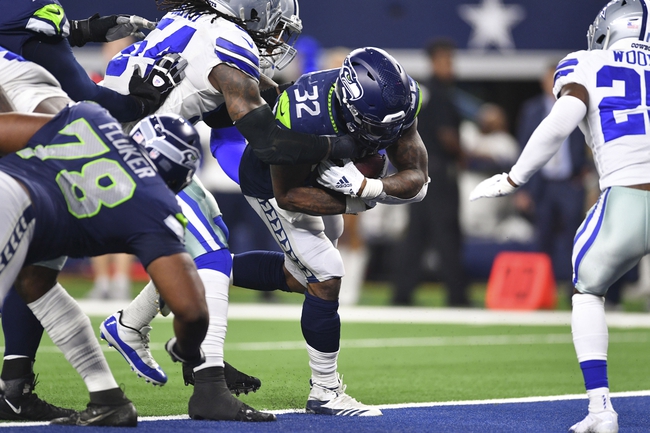 Seattle QB Russell Wilson has looked explosive in the early going this season and Dallas has been less than sizzling and that  in part is why we getting an off line to bet into here with the underdog Cowboys.  It also  must be noted that the Seahawks despite of their offensive fireworks behind a deep flow offense has  been blitzed defensively and  out-gained in each of their two wins  as is evident by allowing a whopping  970 yards . Key to this game: Dallas leads the NFL with 41 plays of 10 yards or more through the first two games. Seattle has allowed the most plays of 10 yards or more with 47. Cowboys are a live dog based on current status of both sides real data.

DALLAS is 16-4 ATS in road games after trailing in their previous game by 14 or more points at the half since 1992. (They came back big last time and carry that momen tun into this tilt)

McCarthy is 14-4 ATS off a no-cover where the team won as a favorite in all games he has coached since 1992.