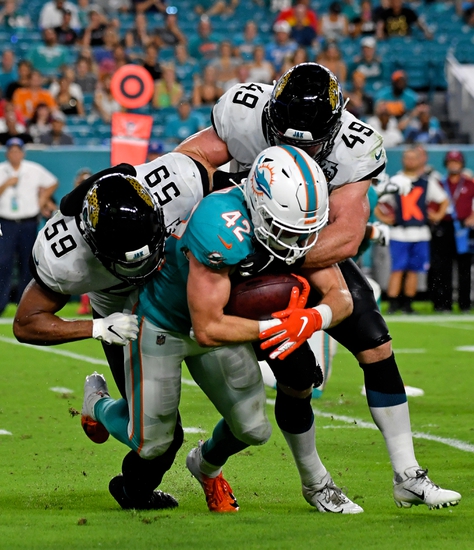 Miami has started their season at 0-2 despite of a big game vs Buffalo last week where they almost pulled off the upset.  Note: QB Fitzpatrick  is 7-0-1 ATS  in his last eight games as a underdog when coming off consecutive losses. Meanwhile, the Jaguars have played like their hair is on fire in their first two games,  behind franchise QB Minshew and could easily be energetically drained  making them susceptible to being upset as favs.

NFL Road underdogs or pick (MIAMI) - poor defense from last season - allowed 5.4 or more yards/play, after allowing 450 or more total yards in their previous game are 22-4 ATS L/37 seasons for a 85% conversion rate for bettors.

Play on the Miami Dolphins to cover