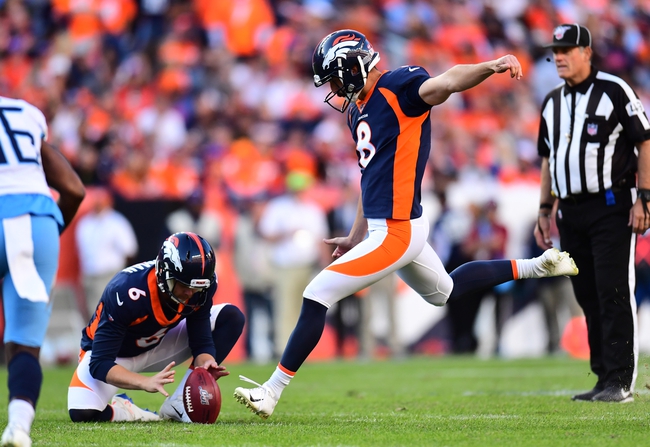 The Titans reached the AFC championship game last season thanks to a second-half surge that followed a shutout loss in Denver in which coach Mike Vrabel benched Marcus Mariota for Ryan Tannehill. For whatever reason it seems that this Titans franchise has not faired well vs the Broncos and have now lost the last 4  road meetings in this series straight up dating back to 1992.

Note: the key to the Titans offence is Derrick Henry who was the NFL's rushing leader last season with 1,540 yards, but he has struggled in two games against Denver. Henry ran 12 times for 42 yards backing up DeMarco Murray as a rookie in a Titans' win on Dec. 11, 2016, and he was held to 28 yards on 15 rushes in a 16-0 loss in Denver last October. That easily was Henry's worst game last season. I know the Titans now want payback, but it will not come easily vs a side that maybe vastly under rated by the linesmakers here tonight with QB Drew Lock under center.

Remember when this line opened the Broncos were 3 point favs and now its turned all the way around to Tennessee being favored. Just to much of swing in my humble opinion and now Im taking the Broncos plus the points.