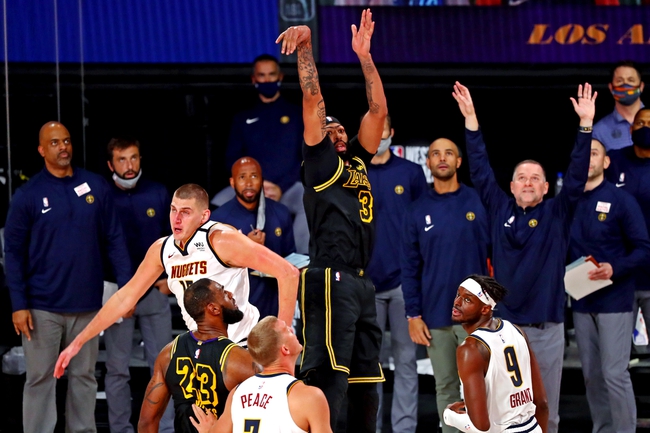 The Lakers have now experienced the effects of a never say die Nuggets side, that gave them a scare last time out. You can bet the Lakers won't let their guard down in game 3, and make sure that they play a start to finish game. You have to remember, that the Nuggets despite of being young have played alot of catchup hoops during these play offs and coming from behind 3-1 in two straight series, while making many come from behind runs. While fans might be  loving the exploits of this underdog group, they maybe underestimating what it does to a teams energy levels, and  will that their exploits will eventually come back and bite them, and thats what I expect to see today. Partial exhaustion, and also in letdown mode after losing with no time left on the clock last time out (105-103), will have the Nuggets come out flatter here than expected.

Play on the LA Lakers to cover