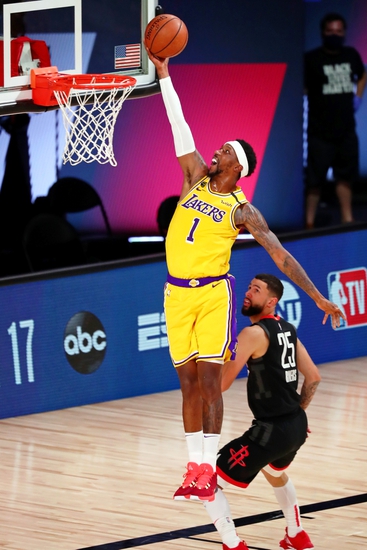 The Rockets had the best defensive rating in the bubble at 101.7, and played decent defence against Oklahoma City. Now while expecting some small ball from the Rockets, I still believe the Lakers will return fire in transition a more tempered approach in an effort to take the Rockets off their game, which in turn will result in a lower scoring tilt that the linesmakers might expect.

LA LAKERS are 13-5 UNDER against Southwest division opponents this season with a combined average of 220.3 ppg scored.

NBA teams where the total is greater than or equal to 220 (LA LAKERS) - in the 1rst game of a playoff series are 30-10 UNDER L/5 seasons for a 75% conversion rate for bettors.