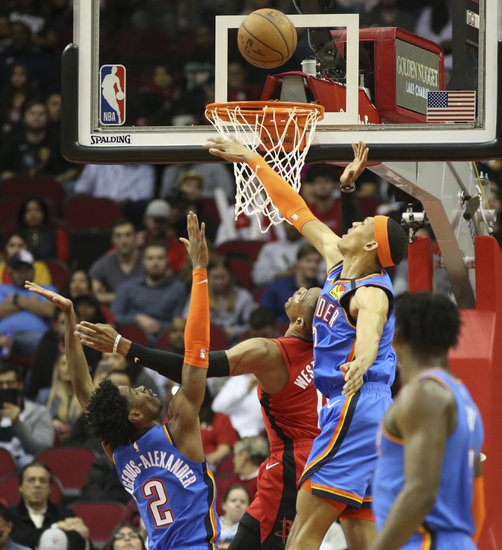 Oklahoma City beat Houston the last time they met back in January in a 112-107 win and my projections estimate a similar total combined score here today. Note:  D'Antoni is 23-4 UNDER in non home games revenging a straight up loss vs opponent as a home favorite as the coach of HOUSTON with the combined average score of 217.3 ppg going on the board.

OKLAHOMA CITY is 26-13 UNDER  when playing against a team with a winning record - 2nd half of the season over the last 2 seasons.

OKLAHOMA CITY is 20-8 UNDER  when the total is greater than or equal to 220 this season.

7 of 10 games in this series have gone UNDER THE TOTAL over the last 3 seasons.

NBA  teams where the total is greater than or equal to 220 (HOUSTON) - in the 1rst game of a playoff series are 25-6 UNDER L/5 seasons for a 81% conversion rate for bettors.