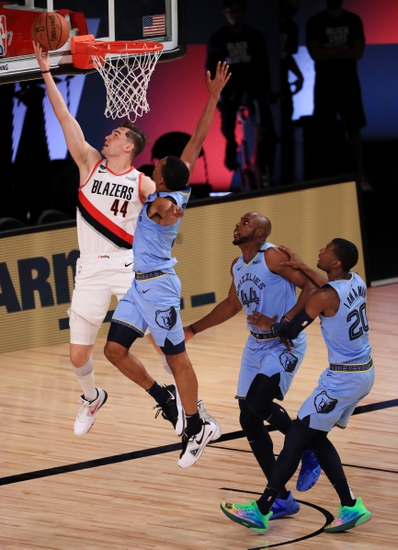 Im betting Memphis will not play into the run and gun strength of the Blazers and instead play a more physical brand of basketball that gives them a chance to compete. This will result in a combined score that fails to eclipse this total.

MEMPHIS is 12-1 UNDER in road games when playing 8 or more games in 14 days over the last 2 season with a combined average of 203.9 ppg scored.

MEMPHIS is 21-9 UNDER versus good offensive teams - scoring 106+ points/game - 2nd half of the season this season with a combined average of 222 ppg scored.

NBA teams where the total is greater than or equal to 220 (MEMPHIS/PORTLAND) - in a playoff game, in the 1rst game of a playoff series are 24-2 UNDER with a combined average of 208.5 ppg over the last 5 seasons for a 92% conversion rate.